These last weeks, we have seen several away wins involving an early away sending off, such as Suchy in FC Red Bull Salzburg – FC Basel, or Kompany in Hull City – Manchester City.

I wondered how early red cards influence the result of a game regarding late red cards or no sending off at all.

How rare are early red cards? What is the most dangerous time to receive a red card? Is an early red card a big burden? Is this burden heavier for away teams? Is there a secret about red cards ?

In any case, this article is not about finding why and how teams get red cards, but it gives some stats that can be used for analytics.

To qualify positive results, I could have taken draws or TSR into account, but I decided to keep things simple and go for the win count.

Then, I divided the games into quarters of an hour. For each quarter, I computed the win share of each team given that they received their earliest red card of the game (if any) during this time.

Here is the generated graph: 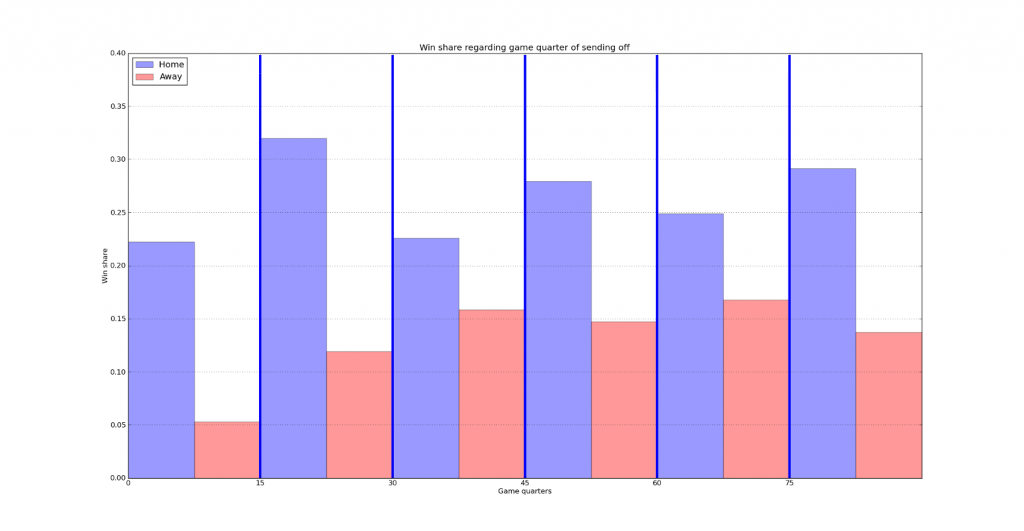 In addition to the win share, here is the distribution of red cards to be aware of the rarity of early red cards (even in a sample of red cards):

As you can see, red cards received before 15 minutes represent less than 5% of the sample (250 games). Conclusion of this: even in a red card sample, an early red card is really a rare event.

What is the most dangerous time to receive a red card?

If you’re away from home and aim to win the game, you may consider avoiding red cards in the first quarter. Indeed, the win share drops to 5% at this moment, which is very low.

If you’re at home, then there is no specific moment when red cards are more “dangerous”, even in the first quarter. The worst case scenario is that you would drop to a 22% win share, which is not that bad for ~70 minutes with ten men.

Is an early red card a big burden?

To answer this question, we have to look at the average result of a randomly chosen game. On average, the game will end with a home win ~48% of the time, while a draw or an away win will both occur ~26% of the time.

Then, we can compare our win share to the expected win share by computing the ratio between them:

Here is the generated graph: 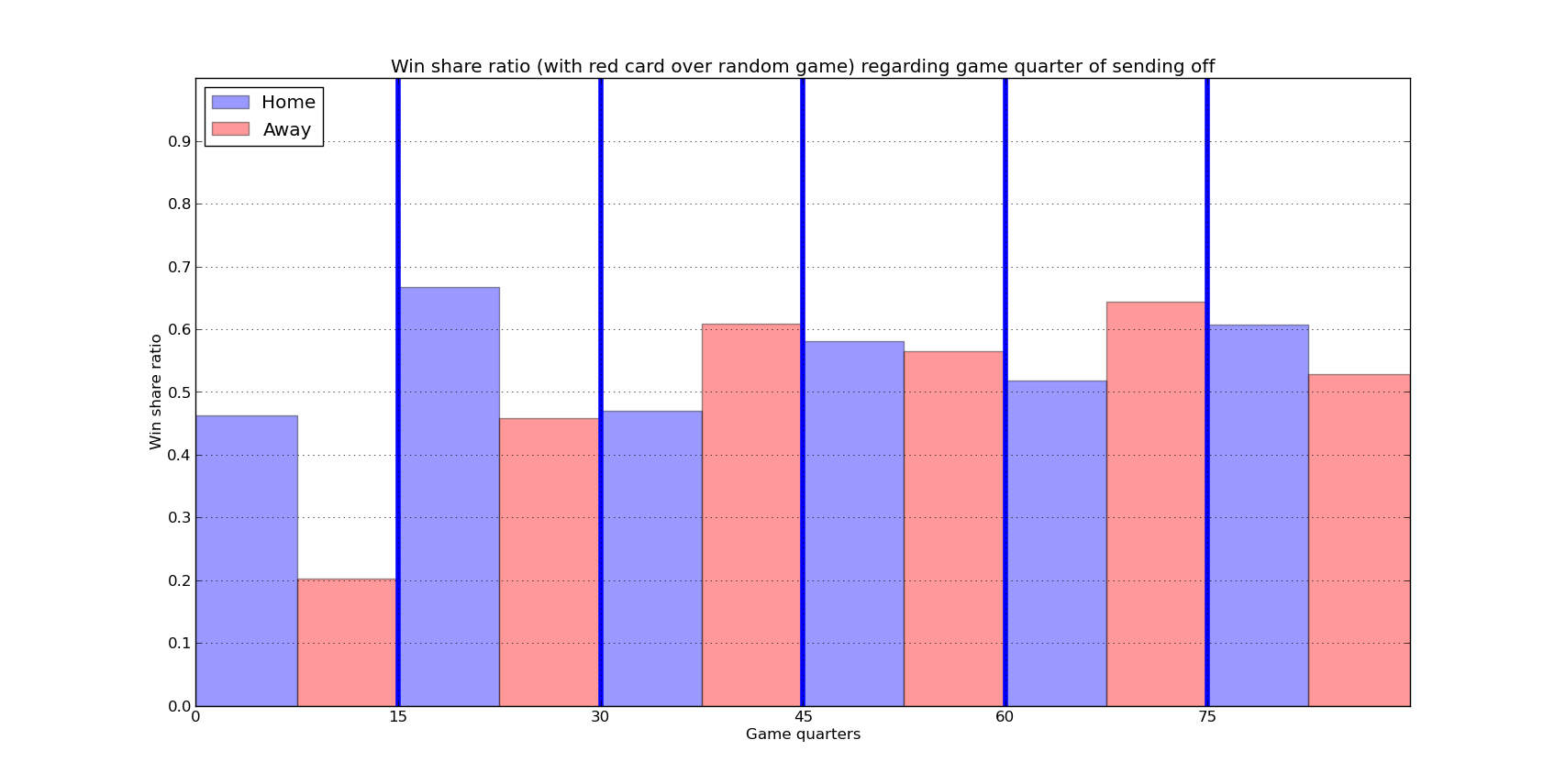 If we take a look at the ratios, we see that a red card received in the first quarter dramatically changes the win share for both teams. The home team lose more than 50% of their expected win share, while the away team lose ~80%.

Is this burden heavier for away teams?

At the beginning of the game, the away team seems clearly disadvantaged with a 80% loss in win share against a 50% loss for the home side.

However, after the first half-hour the ratios become more balanced and the relative difference in win share loss is never more than 15%. That is, red cards in the first quarter have more influence on the win share than in any other quarter of the game.